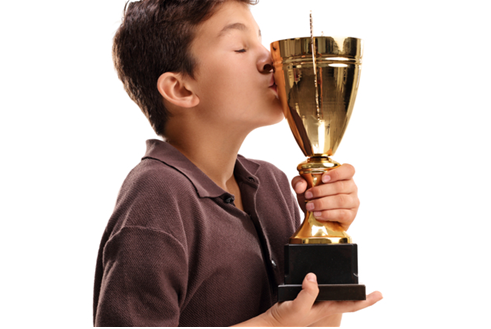 What Is Wrong With Today’s Little Athletes

There are many theories, studies, and professed solutions to developing winning athletes. Everybody is chiming in, but the reality is that most information is forgetting about the #1 ingredient required to create “winners” on and off the field. Is today’s societal message actually saying “everybody has to play” and “everyone wins”? is this what’s wrong with todays athlete?

Or is it just the “old school” generation not adapting to changing times….

“Training over 5000 athletes annually for the past decade has given my staff and I the ability to see trends in how today’s athlete responds. The biggest trend we have seen in the past five years is a failure to confront and a tendency to shy from competition or aggression.”Stated former MLB pitcher and BLE Founder Jim Parque.”

“We see it all the time at our level. Great high school athletes whom quit college sports because they just cannot handle the pressure.” Stated an NCAA recruiter whom asked to remain anonymous.

“We have moved focus away from the States and into Latin American scouting because Latino kids are mentally tougher and fight harder on the field.” Stated MLB scout Rick Diehma.

The days of “grinding it out” have been replaced with trophies for everyone and social media posts that communicate perfect lives. Sociologists and psychologists have taken note, as multiple studies upon how social media, parenting, and societal messages are effecting todays athlete.

A report by CNN discussed how parents are potentially overvaluing their kids and creating a generation of narcissistic kids.

Likewise, the Washington Post once reported upon the Participation Trophy Epidemic that now pervades our culture. The list goes on and on with studies being conducted at the University or scientific journal levels regarding how todays athlete is being eroded mentally.

But again, are these studies truly quantifying the impact properly?

No one knows for sure, as there are just as many experts and studies on the other spectrum — stating the “participation trophy” mentality is not to blame or is having a positive impact upon kids.

Not long ago, parents told their discouraged kids to “stop blaming others and start figuring it out”. There were consequences for not living up to expectations and hard lessons were being taught — all of which are now considered “bad” parenting.

However, statistics are showing increases in unemployment or workers leaving the workforce, entitlements, and decreases in GDP. These statistics can be linked to decreased work ethic and the competitive spirit that America was founded upon.

Businesses are experiencing major turnover, employee absenteeism, and employees leaving jobs. Academic standards are being dropped to combat student performance. And the velocity of the dollar has decreased significantly — indicating an even greater problem for America’s future.

Although athletics and real life appear to be different aspects of society, they may be intertwined more than one thinks.

“We recruit the man whom wears the uniform before we recruit the athlete, because we want our student athletes to be great teammates and win the right way.” Stated one NCAA baseball coach whom asked to remain anonymous.

“Our focus is to hire great people before we develop great employees, and we have found major success in hiring former successful athletes.” Stated HTOC hiring assistant John Steerman.

“Many successful business people in today’s world have ties to athletics in one way or another. We have discovered that what they learned while playing or be associated with sports has helped them in the business world.” Stated Monster.com jobs creation specialist Cindy Lowenfield.

Today’s popularized parenting directs parents to talk it out, increase compassion, and always remain positive in both message and expectation. This may or may not be true, but is this undermining the fundamental success that will be reaped later on in life?

The age old saying that “Success is not earned. It earns you.” is now being replaced with a demand for quick results that require little work ethic or process.

“Athletes today want fast results. We consistently have parents whom question our staff about why their child is not improving by Week 1, but the reality is that performance is based upon what you put into it.” Stated Parque.

“When todays athlete fail, they often blame a certain mechanic, coach, or training ideal upon their failure. But oftentimes, it is them not being mentally strong enough to fight on and never losing sight of the goal.”

This “fight” is simply defined as competing, and competition encompasses all aspects of the game.

“We want our players to compete in training, on the field, and in the dugout. We do not win without competitive ballplayers. If I sign guys whom are soft, I get fired.”Stated Diehm.

Today’s competitive sports industry is loaded with messages that state competition is wrong and if things get too hard, just quit:

The above are examples of trends and do not represent all parents or athletes. However, most agree that competitive sports is a mosh pit of “pay to play”, which potentially is breeding a generation of athletes whom consistently seek out “greener pastures” that potentially appear easier to navigate.

Michael Jordan once stated that for every ten free throws he missed, he made one. This strength in failure mentality is the essence of competition and understanding how it breeds success — all crucial to fixing todays athlete.

“I am 5’10”, 185 pounds. I was never slated to become a Major League pitcher. Failure is what drove my success and once I embraced the struggles that failure placed upon my career, I then became a Major Leaguer.” Stated Parque.

A report by the Washington Post cited reasons why seventy percent of kids quit playing sports by the age of 13. Most of the reasons boiled down to athletes not wanting to compete and quitting because it was too hard.

“Kids are smarter than ever before. However, they are being taught that there are more options on the horizon and if one door closes, another will open. This may or may not be true, but success is based upon learning from the past and not repeating the mistakes that got you there in the first place.” Stated Sports psychologist Randy Maldanodo.

Although there is no clear solution at hand, one thing is clear from the field — compete to win. And competing is more about what one learns when failing, than succeeding, let todays athlete learn to lose.