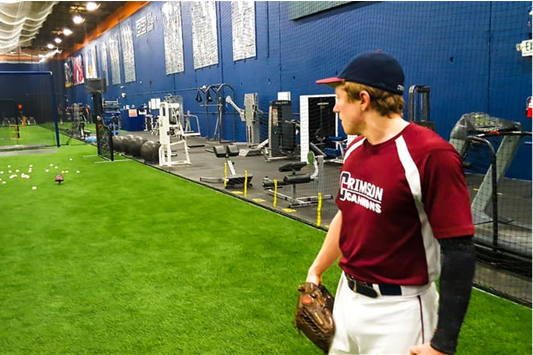 Are You Earning Success Or Is Success Earning You

There is no doubt that great coaches are great communicators. You could go further and say, “Good followership is good leadership.”

Most coaches these days teach the game, but few develop great people. Great coaches may or may not have a resume or an extensive playing background, but they all attempt to win through communication.

We have heard it a million times, “Believe in yourself.” or “Have confidence in yourself.” So common to the ears, that very few find value in these words any longer.

The problem is that most people do not understand that confidence does not come from within. It stems from hard work and preparation. One can never believe in anything unless they understand it, experience it, and have success and failure at it.

Until then, confidence will only be a far off ideal that the athlete wants, but never attains. Ever hear a champion state the following?

“Failure was not an option.” Cliché, but misunderstood.

To most, this is interpreted as the athlete had a mindset to win at all costs and was going to do whatever it took to succeed. Actually, this is far from the truth.

In reality, “failure” was never an option because it never factored into the equation and actually did not exist. It truly was not an option in choices “a”, "b”, “c”, or “none of the above.”

To better understand the mindset of a champion, one must look at what makes up the champion….

“Fear” does not exist in reality. It is a conjured up ideal of the human mindset that exists only in the imagination, being created through negative thinking. Such thinking stems from the (1) unknown, (2) an unwillingness to fail, and (3) a complete failure to face consequences.

For a champion, fear is nonexistent because “confidence” is defined as the ability to believe in oneself through experience — NOT WISDOM.

To fail is to succeed.”……really?

Any great coach concentrates upon one thing — practice and more practice. These relentless and endless workouts are designed by great coaches to develop great people.

All other coaches use practice to ensure a winning season. The issue is that you cannot win without great people. Hence, the 3 cornerstones to successful business - “People, process, product.”

The military utilizes drilling as a form of practice, battle hardening their warriors for battle, and eventual execution upon the President’s orders. Sports, life, academics, and business are no different…..

Anyone whom has ever gone through a college or pro baseball practice failed just by showing up. They are flat our BRUTAL and designed to ensure failure. Once the athlete is broken, they will be forced to make a choice — quit or succeed.

As the saying goes, “Success is not earned, it earns YOU.”

Practice is not the tool that creates a champion. It is a PLATFORM from which the individual develops into a champion that success earns....not the other way around.

True practice breaks you down, teaches you to dedicate and thirst for work, and develops purpose. It is what teaches the individual that “Practice makes perfect.

Take, for example, school tests. One test is studied for, labored over, and the result is an indifference at the result because one prepared to the best of one’s abilities. No matter the outcome, “no stone was left unturned”.

Another test taker studies for three hours total, classes may have been missed, and their dog ate the text book. In this scenario, no matter what, the student is going to focus more upon the grade they will receive, rather than what it took to attain the grade.

The result is a test taker whom will eventually forget what they learned and move on. In scenario #1, that test taker will retain the information and gain invaluable study skills for future tests.

For the normal human being that is not a masochist (one whom enjoys pain), getting pricked by a needle haunts our dreams. We anticipate the pain, wince at the thought of blood pouring out of the gaping hole (left by the needle), and feel we will bleed out before they can amputate and hobble us for life.

However, reality is that shots are not nearly as bad as our imaginations envision.

If we apply this to sports, “Is it really that bad if we miss a spot or strike out?” Are we really going to ruin ourselves if we make a throwing error or not take chances?

“The mind is a powerful thing and believing is perceiving.”

Let’s break it down on what MLB players do to prepare for a game:

1. 12:00 arrival at the ballpark for a 7:05PM start.
2. Get to the clubhouse and watch video, go over scouting reports, and get a rub down by the trainer. During the rubdown, the athlete most likely will relax and fall into a mental imaging session of pure relaxation — watching himself have success in every detail of the ballgame. This builds the game plan for the main event.
3. 2:00PM sees the major leaguers working out and getting his mind strong through lifting, looking at his bulging muscles, and creating a mindset of anger and aggression. Weights play a big part in such.
4. 3:00PM — athlete grabs a bite to eat, easing the mind and getting away from the last 3 hours of mental preparation.
5. 4:10PM — BP and stretch. The big leaguer goes through the process as if it were the game. Watch a big leaguer take BP, compared to a minor leaguer and you will see the difference. The minor leaguer is pulling every pitch, driving the ball into orbit, and feeling great about only home runs. The big leaguer is hitting the ball the other way, taking pitches, working on situational hitting, and the last round…..well, that is for the fans.
6. 6:00PM sees media and more food.
7. 6:30PM has the athlete putting on his uniform. Most big leaguers go through a ritual in doing so. They slowly put on their uniform as if to strap on armor and get ready for war.
8. 7:00PM is game time and the big leaguer is ready.

We have not mentioned the 10–20 years of practice and more here. Now, do you think “failure” is an option? Do you think that fear comes into play? Does this athlete really care if he succeeds or fails?

Obviously not, as the mindset is so PREPARED for battle, that the “battle” could not come sooner and only becomes a relief from the mental work.

There is a reason why the game is 90% mental and 10% physical — a correlation between mental work and physical work.

Mental work is very tough. The mindset can only handle so much and tires quickly, while the physical work is entertaining, keeps the mind focused, and gives instant gratification when the ball is crushed or thrown hard.

Mental training develops great people — preparing one for battle and the pitfalls of success and failure.

Physical work…..well, it is just the platform and can be changed at any given moment for a champion.

Play a new XBoxLive game and you will most likely get past Level 1. But if you read the manual, watch others play, and ‘Google’ the cheat codes before you play, Level 1 was just the warm up.

You see, the preparation built the warrior whom will compete in the game. It armed that warrior with information that they retained to survive the Level 30 boss wave.

The eventual result is a gamer whom “Plays to compete”, rather than plays to be entertained or reach a new level.

The competition is the main event, not the win or result. Transgress into this mentality and, “The sky is the limit”.

Too many athletes feel that the game is where they grow. You hear about it all the time, “They are a gamer.” Wrong. They just do not like working and their career will end before potential is realized.

Work hard, train harder, and compete against yourself and the game becomes just that…..a game.

And if you transgress into this perspective, success will have earned you.