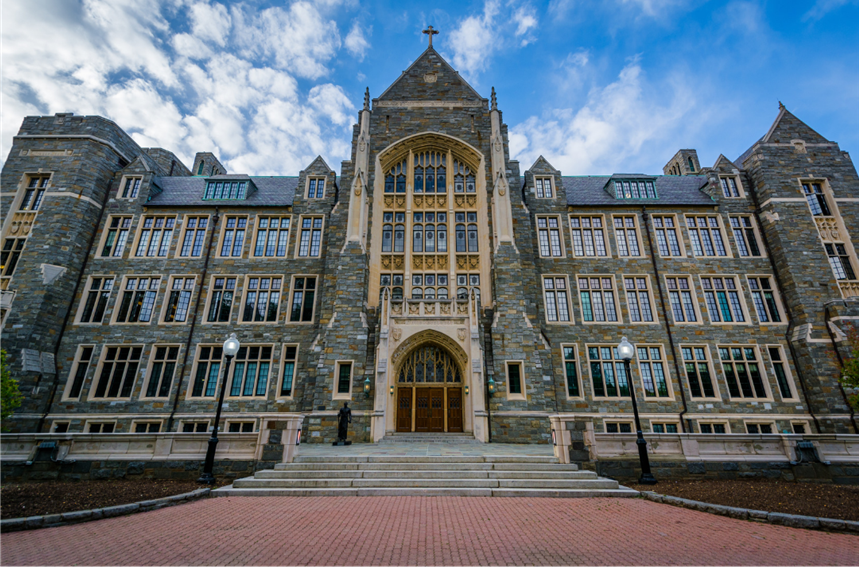 “We never know the love of a parent until we become a parent ourselves.” So goes one of the countless aphorisms describing the transformational experience of meeting your son or daughter for the first time.

All the things we professed to do as parents, or perhaps swore not to do, are suddenly banished to irrelevance as the corporeal being before us wipes clean the entire collection of theoretical beliefs we once held about the “right” way to raise children.

From birth through the march to adulthood, we will make any sacrifice necessary to procure the best for them; the “best” being whatever we conjecture will give them the greatest chance to succeed on this crazy and complex planet of ours. This is how perfectly sane and well-meaning fathers and mothers eventually end up pressuring their teenagers to achieve academic perfection to the point that they herd them right into the crosshairs of extreme stress, burnout, and sometimes even more serious psychological struggles.

If you are fortunate enough to have a choice in where to send your high-achieving young adult to high school, your reward is a series of anxiety-provoking questions—none of which have definitive, one-size-fits-all answers:

In this blog, we explore the positives and negatives and sending your child to an elite boarding, private, or even public school—with a particular focus on how this affects college admissions. We will also make a case for an underrated option, often dismissed by parents for whom money is no object and expectations for achievement are sky high: attending a solid-but-unspectacular local public high school.

Should I send my teen to an elite boarding school?

For centuries, boarding schools like Groton (MA), Exeter (NH), Choate (CT), Deerfield (MA), and the Lawrenceville School (NJ) have been bastions of privilege that serve as direct pipelines into the nation’s most prestigious universities, especially the eight members of the Ivy League. In the last five years, Choate has sent 53 students to Yale, 44 to Columbia, 43 to the University of Chicago, 23 to Harvard, and even 15 to tiny Bates College. You get the idea—those who thrive at any of the aforementioned schools have a great chance to get into the prestigious post-secondary institution of their (or their parents’) dreams.

Of course, there are some costs, both of the monetary and human variety. An annual check for $61,000 for tuition and board at Phillips Exeter Academy can sting as can the process of having your kid leave the nest at such a young age (a two-way street of emotional pain). You’ll find plenty of legitimate research extolling the virtues of the boarding school—for example, boarders become more self-sufficient and ready for adult life. And if boarding school is indeed the right choice for your family, then it can work out beautifully. We simply want to communicate that it is by no means a prerequisite for helping to guide your teenager into an ultra-selective college.

Should I send my child to an elite private school?

Harvard-Westlake in Los Angeles, Sidwell Friends, Georgetown Day, or the National Cathedral School in DC, the Trinity School or the Brearley School, in New York City, and Germantown Friends in Philly are all among the very best private day schools in the country. Harvard-Westlake’s Class of 2021 was made-up of fewer than 300 students but the list of colleges where graduates matriculated is every bit as astounding as Groton’s. Seven Harvard-Westlake 2021 graduates headed to the University of Pennsylvania, five to Stanford, four to Columbia, seven to Cornell, six to Yale and multiple students to every other uber-elite school you can name—Carnegie Mellon, Princeton, Northwestern, the Brown, and so on and so on.

Clearly attending a school of Harvard-Westlake’s ilk can put you in good standing come admissions time. The counselors at these schools are on a first-name basis with admissions offices at the finest universities in the country and that can undoubtedly work to your advantage. On the other hand, being an “A” student with high standardized test scores amidst a sea of comparable, or even superior students, can be a harrowing experience. One could argue that there is value in learning to walk with giants—after all, law school, med school, or a high-powered job in a Fortune 500 company will involve just that. There may be validity to this line of thinking, but one must also recognize that not every kid is ready to be thrust into cutthroat academic competition at the tender age of 14 or 15.

Further, despite the success of the class at large, if your kid was the 7th most talented University of Pennsylvania-hopeful at Harvard-Westlake, they may have been handed a rejection letter. At a less competitive public or private high school, it’s quite possible their Quaker quest would have ended differently, assuming they possessed the same test scores and placed near the top of their class.

Should I try a highly-rated magnet/charter school?

Some magnet schools like Thomas Jefferson High School for Science and Technology in Fairfax, Virginia sport an average SAT score of 1515, Stuyvesant in New York City and BASIS Scottsdale in Arizona both boast average SAT scores in the high 1400s. You are essentially getting an elite private school education free of charge (forgetting the taxes you pay for a moment). If your local public school option isn’t strong, and your child is accepted into a magnet school of this quality, then attending is a no-brainer. However, if your public options are good (like they are in upscale Scottsdale, Arizona), the choice becomes murkier. With that, let’s switch gears and look at the benefits of attending a top “pure” public institution.

Should I move into the best public school district?

True public schools, those without charter or magnet in the name, enroll every teen within their district’s geographic boundaries. Those at the top of state and nation lists of “best high schools” are generally nestled in high-income areas. We’re talking about public high schools where the average SAT is in the mid-1200s, such as in ritzy Radnor or Lower Merion on Philadelphia’s Main Line, or McLean High School and Langley High School in upscale Northern Virginia, where the average SATs are in the mid-1300s. And these types of schools aren’t just in the Northeast—additional examples include Obra D.Tompkins High School in Houston (average SAT of 1230) and Milton High School in Georgia (average SAT of 1270).

Attending these types of schools typically means that your teen will be surrounded by high-achieving peers as they choose from a smorgasbord of AP, IB, or dual enrollment selections. Unfortunately, you won’t have many of the luxuries offered by private schools such as counselors with small caseloads and a near-complete ability to focus on matters related to college admission. In fact, many of the aforementioned schools have student-to-counselor ratios of 700-to-1 or even higher, and employ guidance counselors that must attend to a range of other duties including state test administration and attending a slew of IEP meetings.

As an additional consideration, just as in our previous examples with boarding/private/magnet schools, the competition is pretty stiff. Your child will certainly face less intimidating competition than they would at Sidwell Friends, but a student with a 1350 SAT that could be in the top 5% of his or her class at an average high school, might be right at the 50th percentile mark at Langley. One kid is “exceptional” and one is “mediocre”—and they happen to be the same person.

The case for just a good public school

Let’s start with some assumptions here…Your local suburban public high school has a solid reputation. It offers 20-25 Advanced Placement courses including AP Computer Science and a host of science, social studies, and foreign language options. The average SAT score at your local school is somewhere between 1000 and 1100. The top 10% of students in each graduating class head to a mix of state schools, often on heavy merit scholarships, as well as to at least a handful of highly-selective institutions. The valedictorian last year was accepted to Penn and the salutatorian earned acceptance out-of-state at UVA. If you live a middle/upper-middle class lifestyle in Nice Suburb, USA, then this description is likely somewhere in the ballpark of your local public high school.

The truth is being a big fish in a small pond comes with many advantages. Being an “A” student with high standardized test scores in a public high school can help your child stand apart. In addition to all of the extra attention you’ll get from teachers as one of the building’s superstars, you’ll also be able to bring the tangible credential of class rank to the college admissions table. Many of the most selective colleges in the country draw the bulk of their freshmen from the top-10% of high school classes. For example, at Swarthmore 93% of first-year students were top-10 finishers, at MIT this figure is 100%, and at Washington University in St. Louis “only” 86% earned this designation.

Now, most elite private schools can get around this by not submitting class rank information, but those students do not escape being ranked against their classmates who are applying to the same elite schools. In contrast, public school students usually deal with far less internal competition at particular colleges during the application process. If Duke is your dream school, and you have the stats that make you a strong applicant, you don’t have the added worry of having to edge out the seven prospective Blue Devils within a row of you in Calculus class.

Not being in a pressure-cooker environment means that your child will have more time to explore their passions outside of the classroom, a better work/life balance, and no real drawback when it comes time to click “send” on the Common App.

The question of whether to send your child to a public or private school is one that only you can answer—every teen’s strengths and needs are unique and different children thrive in different environments.  However, we do strongly believe that more parents of intelligent and talented young people should seriously weigh the public option against these more conventional pathways to highly-selective colleges. In particular, the moderately competitive public option is an underrated environment from which many students can best launch a successful college admissions campaign.