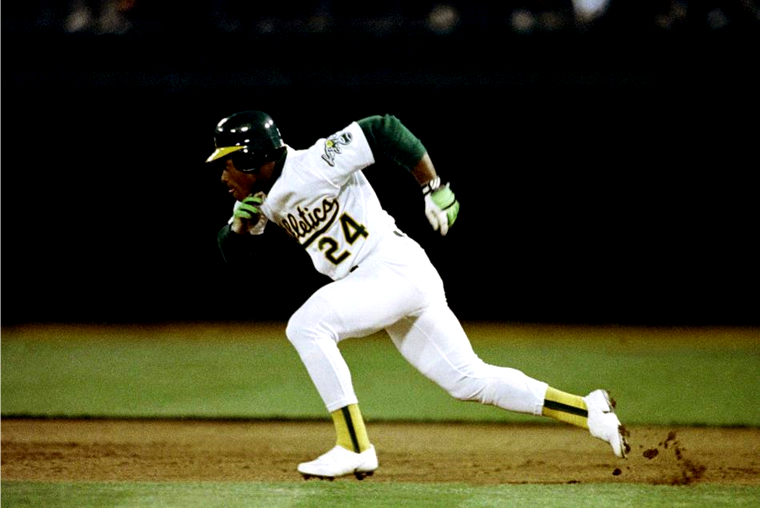 Winning ballgames and performing towards “the win” depends upon pushing runners across base or keeping them off base. From what athletes do to how coaches coach — it all is focused upon the base paths and runtime.

And training is no different. From projecting to performance, it all hinges upon how to reach base or keep the competition off base.

Although pitchers can have success with limited velocity, throwing harder does help considerably. Think of it this way:

1. If pitching relies upon missing barrel, your pitches must overmatch the hand speed that gets the barrel to the baseball.

2. If pitching hinges upon missing bats completely, the more speed differences you have between pitches, the more often you miss bats.

3. The higher you move up in game level, the faster it becomes. Therefore, hand speeds and swings become quicker. Likewise, you must have pitches that either match or OVERMATCH these offensive tools — or you will see diminishing success (based upon the previous level).

To put it into common sense terms, the hitters swing harder, have more power, and can wait longer on pitches. If your pitch velocity allows for this, you will see an increase in hits against you at the next level.

The idea is not to miss bats, but to miss barrel. Any good pitcher tells you that they are trying to throw 3 pitches or less to a hitter and are pitching to contact.

Command creates opportunity to miss barrel more often. And the slower the batted baseballs, the more opportunity you have to pitch with no one on.

Although statistics do not lie, they often mislead. Batting averages at the next level usually drop due to increased speed, range, and arm strength in the field.

Basically, you must do something differently at the next level to combat the greater defenses — and it all hinges upon power and hand speed. If you hit the baseball harder and further, you move the baseball past the increased speed and range of the defense.

Common sense says that if you want to get on base, you run faster than the time it takes the defender to throw you out. Therefore, if defenders have increased their range, arm strength, and defensive speed — you need to either run faster or hit the baseball where they cannot get to it.

This is why you see home to first runtime decrease as you move up in level. At the MLB level, averages are 4.3 seconds, with 4.1 seconds being in the line up at multiple spots.

In order to keep performance potential high, you must match the game speed of the level you are at or want to be at. For pitchers, it is all about missing barrel, and the harder you throw commanded pitches, the less runners you will have on.

For hitters, the more you can overmatch pitch velocity and gain plate coverage to combat command, the more you will see yourself on base. Additionally, if you run faster, you will beat throws out.

Train TO the game, not just the game. Beat the 4.3sec Runtime.