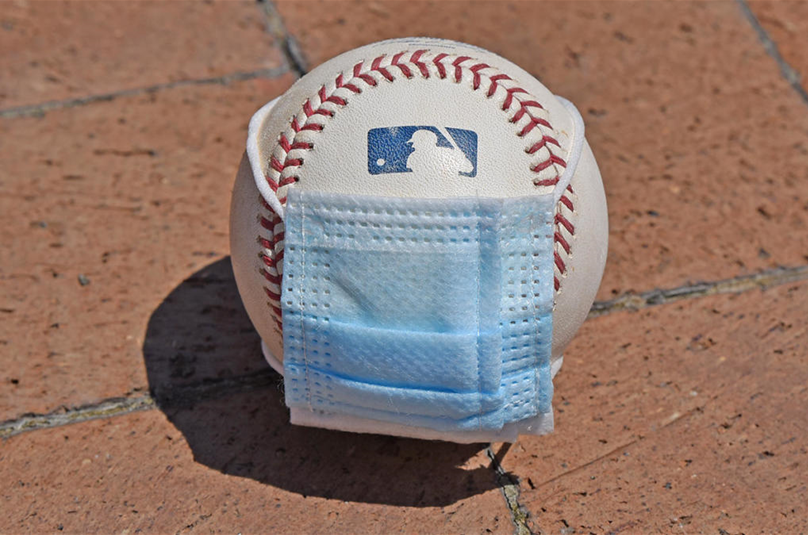 How COVID-19 Is Effecting Recruiting

Initially, the spring 2020 season was cut short and athletes were given an extra year of eligibility, then the NCAA granted the same for fall and winter athletes even though some sports were in the midst of a season.

Andy Fee, LBSU’s athletic director, said the NCAA’s decision was the fair thing to do amid COVID-19 concerns of the continuation of the seasons.

With new players incoming and current players electing to stay, it’s creating challenges and tough decisions for athletic programs across the nation.

“It kind of crowds rosters, you know [athletes] would cycle off after four or five years depending if you had previously redshirted, but now because of that additional year, you could actually be here six years,” Fee said.

“Financially, those are extra scholarship dollars to pick up [and] it challenges your kind of financial resources just because you have more athletes on rosters.”

The popularity of the transfer portal, NCAA’s new one-time transfer rule, and last season’s COVID redshirt rule have all made an immediate impact on college baseball recruiting.

Fee said the transfer portal is changing the way colleges are recruiting and believes high school athletes are more affected than college players because their options are limited.

When a player on scholarship graduates or decides to transfer, that opens up a spot for the coaching staff to add an incoming freshman or a more seasoned player from the junior college/university level through the transfer portal.

“I am sure there are coaches across America now at some institutions that are saying, ‘Why should I recruit any high school athlete? I don’t need to. I can [just] pick-up somebody who transfers,’” Fee said.

College athletes have more control over the future than ever before as the transfer portal has made it a virtual free agency.

The University of Kentucky, who has predominantly relied on top quality incoming freshmen year after year, added four upperclassmen transfers and currently only have one freshman playing significant time.

Andy Rogers is also a personal trainer as he trains high school and college athletes throughout Southern California. He felt that high school senior athletes, in general, were under-recruited last year.

Rogers believes there were talented incoming athletes who could have been more heavily recruited by four-year universities if they were just a few years older and came out a class or two earlier.

“That’ll kind of push some high school athletes to some other avenues if they’re under-recruited, like more in junior colleges or more at the Division II level,” Rogers said.

Rogers went on, “I think it’ll kind of balance back out in probably like a year or two but this year [and] next year, you’ll definitely see more high school athletes not going out of high school directly to four-year colleges.”

Jerrod Howard, an uncommitted college baseball player, said COVID impacted his recruitment severely as he was in contact with multiple universities to transfer to.

“I wasn’t able to attend any of the three showcases I had lined up,” Howard said. “But with the uncertainty of everything I didn’t commit anywhere far, in case I needed to get back home.”

Howard said that he wasn’t able to attend any of the three showcases he was offered and didn’t want to commit anywhere because of the uncertainty he might have to go back home.

“I’m in a situation where I am applying to schools and trying to get tryouts with schools and meeting coaches for a chance to walk on to the team,” Howard said. “It’s definitely not ideal but I’m betting on myself [and] surprisingly I’ve been able to get in contact with a handful of Division I schools.”

The one-time transfer exception wasn’t granted for football, basketball, baseball, and ice hockey athletes but now athletes are immediately eligible as long as they have not transferred once before.

“As crazy as it sounds, you could probably get away with never having a high school athlete on your roster. You could just keep bringing in first-year transfers and every once in a while sprinkling a high school recruit in,” Fee said. “I think you see coaches recruiting high school competitions last now because they don’t want to offer up that scholarship.”

LBSU’s associate athletics director of compliance, Erica Piurkowski, said college athletics as a whole have been back on track since this year’s spring season and seasons will count towards athletes’ four years of playing eligibility in five academic years.

Although name, image, and likeness rules (NIL) have not had the immediate impact the transfer portal or COVID redshirt rules have, Fee hopes the Southern California presence will help with using NIL to recruit future athletes.

“I do think in future years that is something we can recruit to and say, ‘if you come to Long Beach State, you’re going to have an opportunity to meet people, you’re going to have an opportunity to build your social media presence, and you can’t do that everywhere,’” Fee said. “Certainly the internet makes the world smaller but at the same time you have to be able to get in front of people and this is certainly a region that you can get in front of the right people.”